Episode 8 “Inside Rikers: Stories From the World’s Largest Penal Colony”: with Jennifer Wynn, 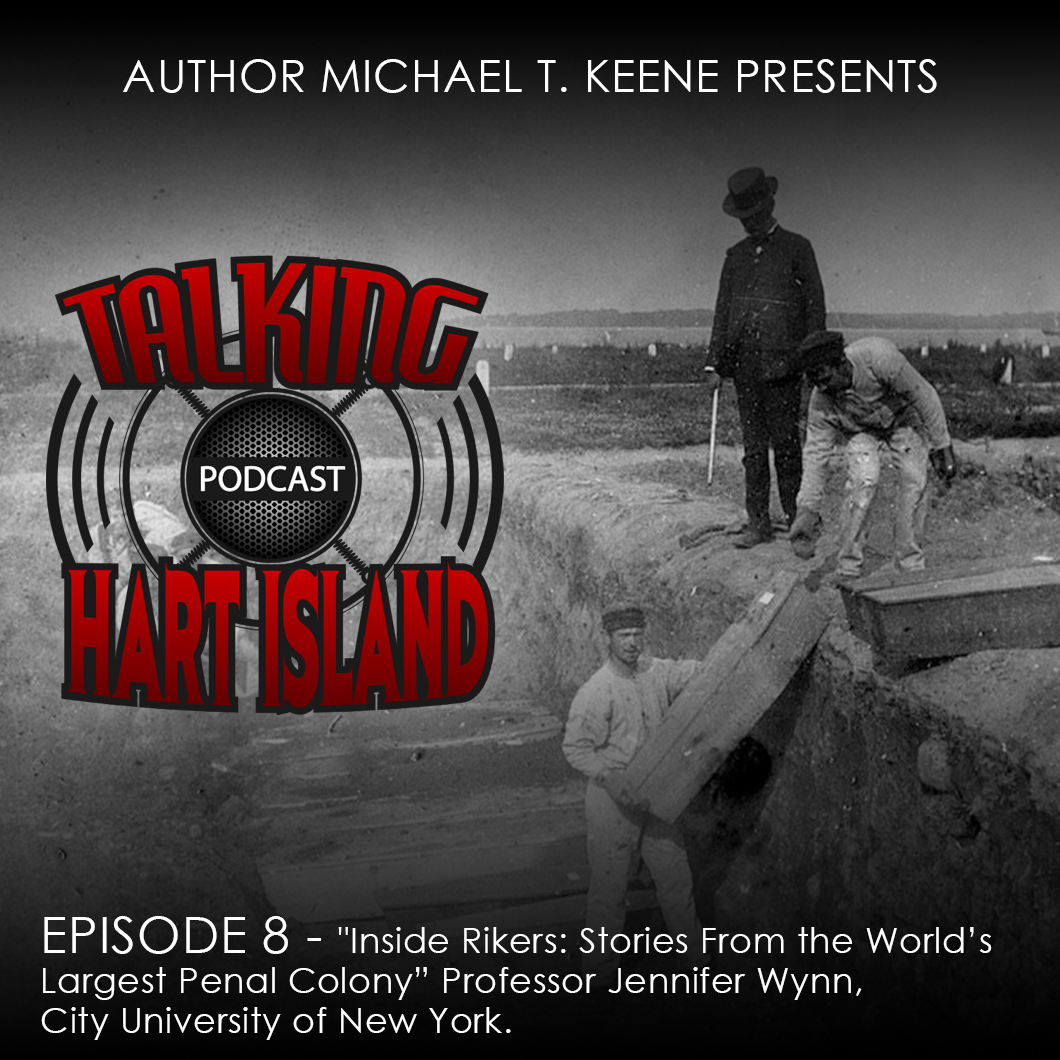 Wynn teaches a writing class to male inmates at Rikers Prison, as part of a rehabilitation program known as Fresh Start, and is the editor of Rikers Review, an illustrated magazine featuring short stories, profiles, true confessions, poetry, and humor written and illustrated by inmates.

Most of the men in Rikers, whom she profiles, are either drug addicts or drug dealers, come from dysfunctional families in the city’s “dead zones,” are poorly educated, and have been in jail or prison before. Selections from the writings include her observations of secret section C-76 known as Rikers “grave diggers squad” and its connection with the infamous history of Hart Island’s mass graves.