Professor at Rutgers University and the New Jersey Climatologist. 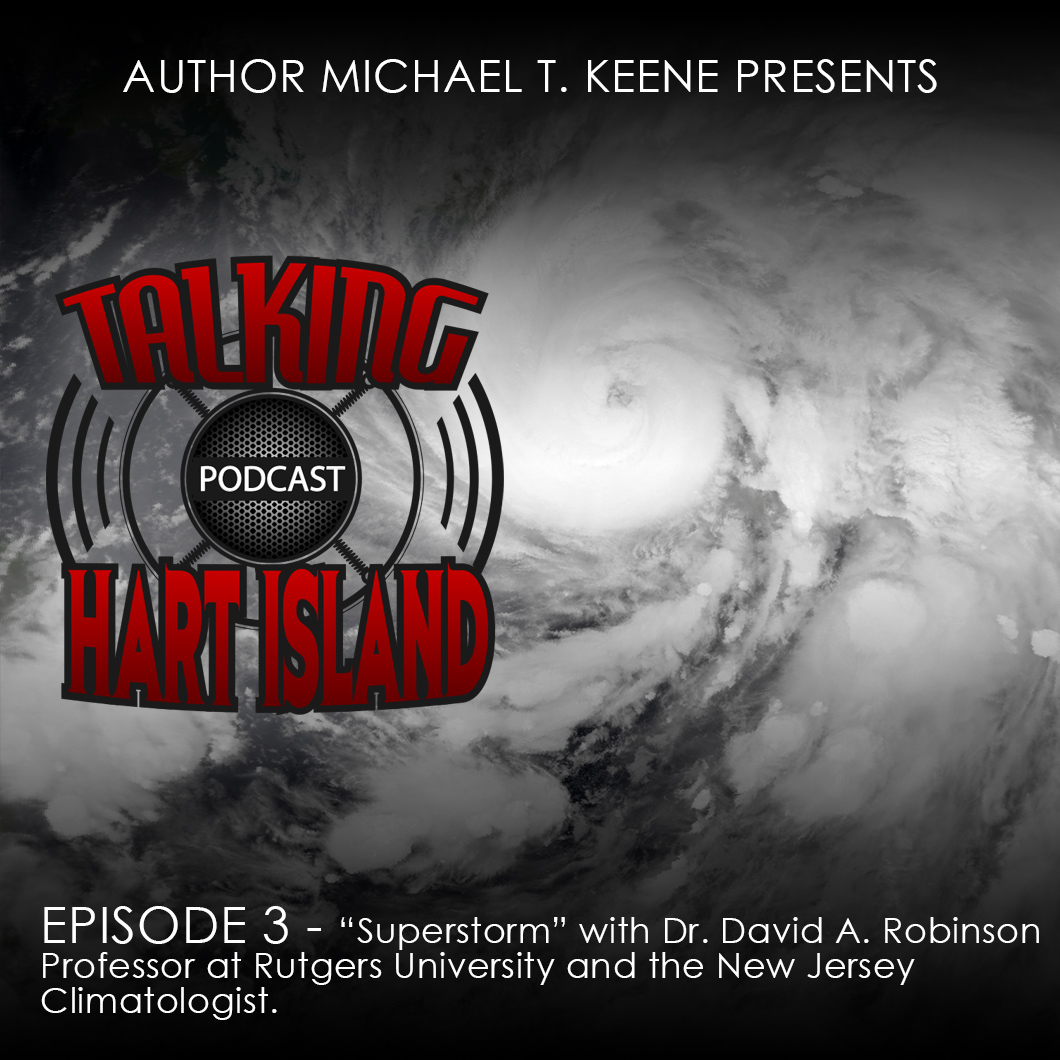 What would become the largest Atlantic storm on record swirled violently from the Caribbean creating a devastating oceanic force that, at its zenith reached 900 miles across and 1000 miles long. It was called Super-storm Sandy.

Sandy would eventually cause billions of dollars in damages, kill 225 people and reveal deep flaws in one of the world’s greatest metropolises. And perhaps most shocking of all, it would reveal a secret kept hidden for over 150 years!

Join Dr. Robinson as we chart the course of Super-storm Sandy and the shocking revelations of Hart Island.

What would become the largest Atlantic storm on record swirled violently from the Caribbean, creating a devastating oceanic force that at its zenith reached nine hundred miles across and one thousand miles long.

This hurricane, or superstorm as it was later characterized, was about to lay waste to the most populated corridor in the United States. This hotter-than-usual Caribbean weather pattern met the icy North Atlantic waters and intensified into a hybrid colossus both tropical and arctic. Perhaps responding to rising global temperatures, or perhaps mythically overdue for a battle with the land, the storm was whirling and building—huge and slow—hundreds of miles out at sea. At one point it exhibited the lowest barometric pressure ever recorded on the Atlantic seaboard.

The first harbinger of destruction was 115-mile per-hour wind gusts across the eastern United States, people evacuated from the front lines of the inevitable destruction by the millions, responding to nationally declared states of emergency. They bought food, water and fuel and boarded up their homes and businesses, gearing up to sit out the deadliest weather event to ever hit the East Coast. For this monster storm, which would cause $65 billion in damage in the United States and kill at least 233 people, preparation was futile. For many, the impact of this superstorm would be too great to overcome. The name of the storm was Sandy.

The hurricane made landfall as a category two in Brigantine, New Jersey, bombarding the Northeast with a vortex of wind and water, spreading its massive wingspan to punish communities with rain, snow, flying debris and  rising storm surges at quantities and velocities hitherto unseen in this part of the world. After drowning dozens in the Caribbean days before, Sandy set its sights on the most populated area on the continent, sending surging water up to and beyond thirteen feet in the country’s most storied island: Manhattan.

Hurricane Sandy revealed deep flaws in one of the world’s greatest metropolises, demolishing long-standing structures and proving that even this pinnacle of society stood no chance against this most ruinous of meteorological events. It took years, but eventually New York recovered.

About a mile east of Pelham Bay Park and City Island off the coast of the Bronx lies 130 acres of land known as Hart Island. In April 2018, approximately six years after Superstorm Sandy, an official from the Department of Corrections, which oversees jurisdiction of the island, alerted a well-known Hart Island activist to skeletal remains that had been seen scattered on the beach—some even protruding from the shoreline! After arranging a boat, the activist and a Newsday reporter confirmed and photographed the sighting.

The following day, a forensic anthropologist from the New York City Office of the Chief Medical Examiner conducted an investigation that resulted in the recovery of 174 human bones, including six skulls.

The remains discovered that day unearthed a secret kept hidden for more than 150 years. Lying beneath the ground of this nondescript, tiny island were the remains of nearly one million people, who were buried in wide, deep pits dug by convicts from nearby Rikers Island. The dead included stillborn babies, unclaimed paupers, Union and Confederate soldiers, the insane, the addicted and the unidentified.

The bones would reveal tales of war, abuse, fraud, epidemic and mental illness, which would tell the stories of New York’s most forgotten people.

After nearly a century and a half, as the result of recent advances in DNA and fingerprint technology and forensic anthropology, and with access to previously withheld burial records, we can identify some of these anonymous lost souls and reveal the hidden history of Hart Island—America’s largest mass graveyard.