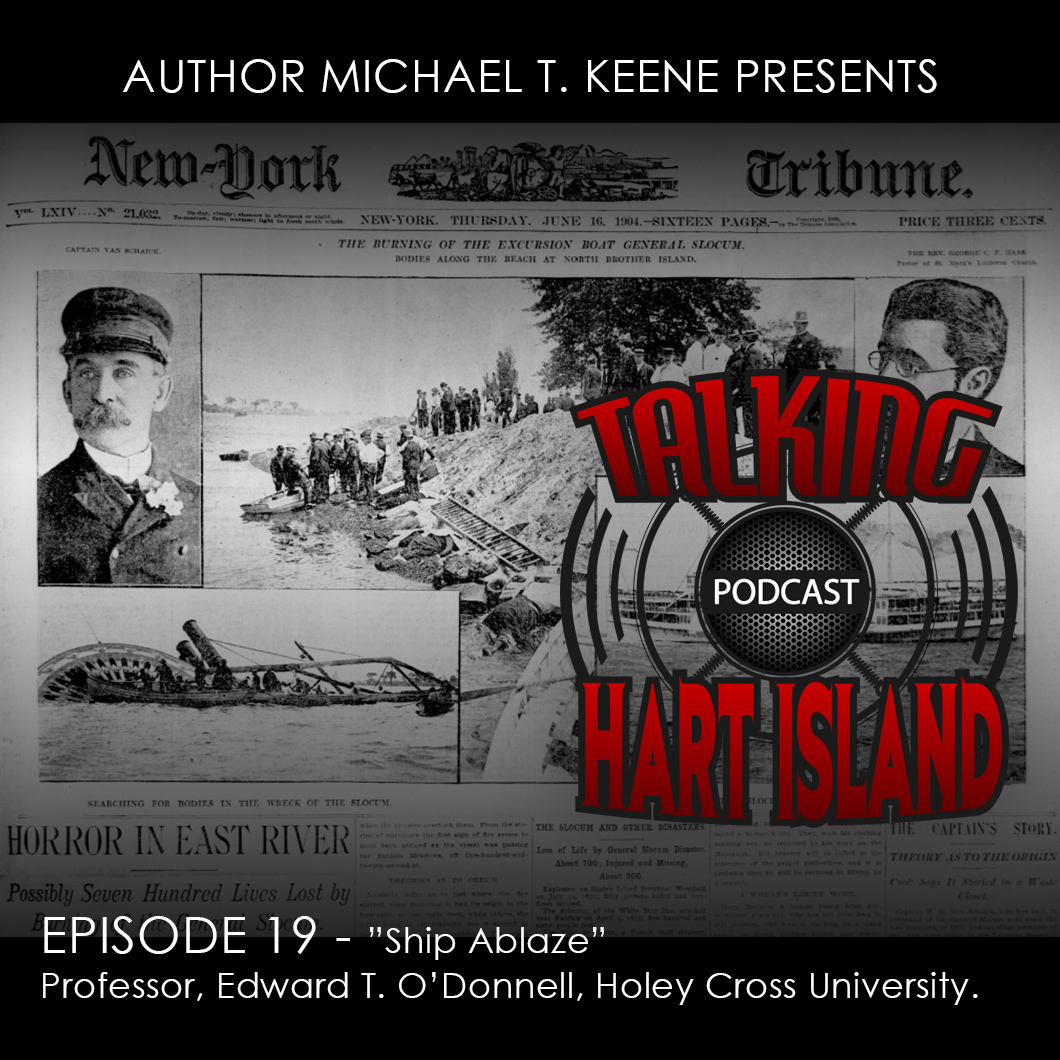 There were few experienced swimmers, among the over 1,300 Lower East Side residents, who boarded the General Slocum on June 15, 1904. It shouldn’t have mattered since the steamship was chartered, only for a languid excursion, from Manhattan to Long Island Sound. But a fire erupted minutes into the trip, forcing hundreds of terrified passengers into the water. By the time the captain found a safe shore for landing, 1021 had perished. It was the worst disaster ever to occur in New York City, until the terrorist attacks, nearly one-hundred years later, on 9/11.

In his book, “Ship Ablaze”, Professor Edward T. O’Donnell draws on firsthand accounts to examine why the death toll was so high and how the city responded.