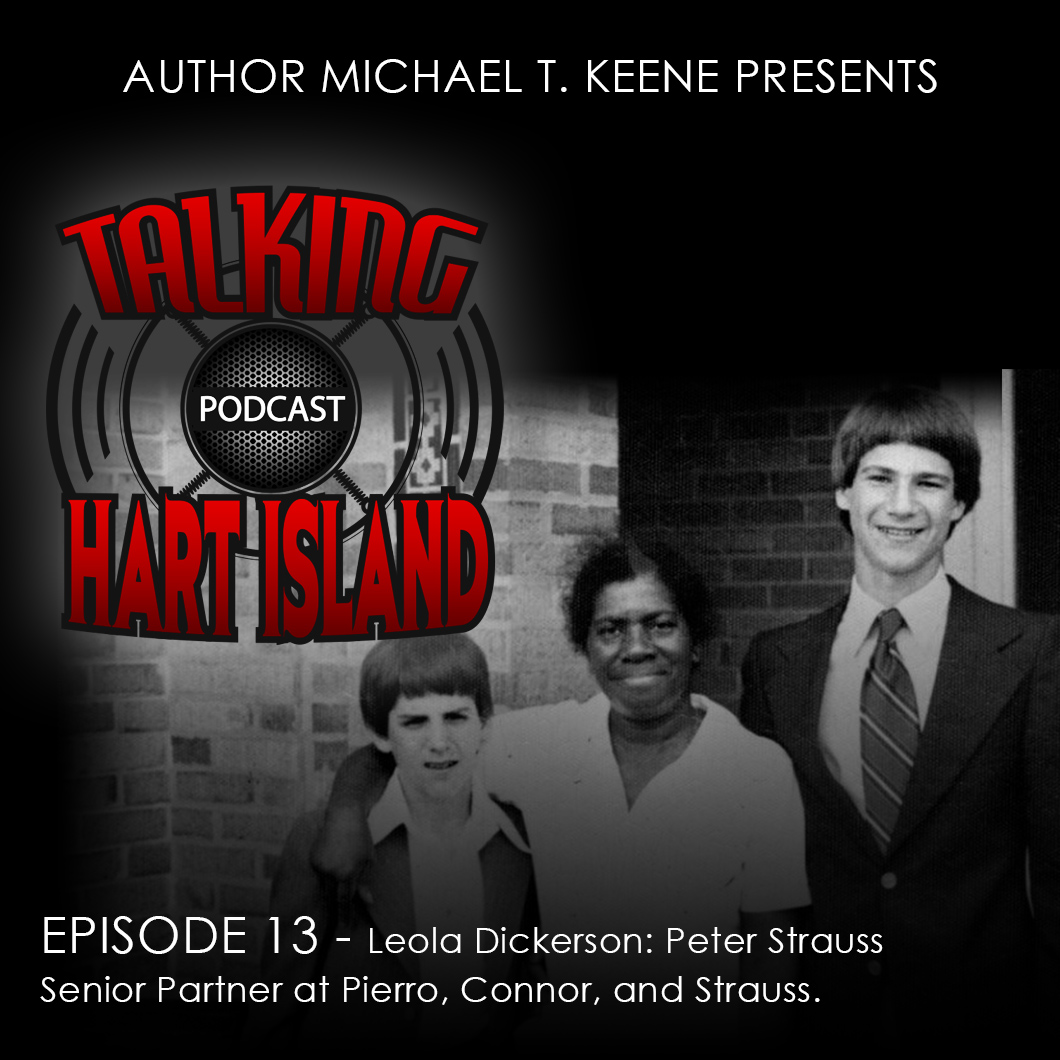 She lay on the floor for three days. A slip and fall had rendered her helpless, at the mercy of fate as neighbors came and went just feet from her door. Ii was the mailman who became concerned, she had not been picking up mail, who finally called 911.

So began Leola Dickerson’s journey of hospitals, nursing homes, and a court appointed guardian that would eventually end on Hart Island.  Join us as Attorney Peter Strauss helps us navigate the complex world of Guardianship Law.

She lay on the floor for three days. A slip and fall had rendered her helpless—at the mercy of fate as neighbors came and went just feet away from her door. The mailman finally became concerned that she had not been picking up her mail and called 911. One is left to wonder if, during those three days, she drew comfort from the many family portraits hanging in her Pleasantville, New Jersey home.

Surrounded by a patchwork of smiling faces, Leola Dickerson was far from alone in life. Her husband, Mango, had died in Alabama with relatives, but Leola remained firm in her resolve that she had left the South and wouldn’t be going back. After all, she was loved in New Jersey.

As a lifelong housekeeper and caregiver for the Katz family, she had three generations of doting relationships; she had raised her husband’s nephew, Joseph Dixon, as her own son (though the lack of a formal adoption would prove to be a vital oversight); and her husband’s granddaughter, Constance Dickerson Williams, called and wrote to no avail after Leola’s fall.

None of these loved ones, though, would have a say in Leola’s care at the end of her life. Rather, it would be Jay Stuart Dankberg, her court-appointed guardian, who would be steering the ship. His smiling face was not among those hanging on Leola’s walls.

At eighty-six, Leola had one blood relative left—a younger brother named Johnny, who arranged for her transfer to a nursing home after her stay at a New Jersey hospital for treatment after the fall. A diabetic who would require a double amputation after Leola’s death, Johnny was not in a medical or financial position to be of much assistance, and when the nursing home diagnosed her with dementia and recommended a guardian, he didn’t object.

Leola’s affairs and assets would now be managed by a stranger—a stranger whose pockets would be filled from those very assets. Leola’s $88,200 home and $783 monthly Social Security check were not lucrative by any means, and mounting bills from the nursing home promised to diminish her value on paper even further.

Four court-appointed lawyers would come and go as Leola’s guardians, each either declining the appointment or failing at the job—unable to muster the wherewithal to file the basic paperwork for their entrusted ward.

A year into the guardianship process, the oldest son of the Katz family, Dr. Michael Katz, appealed the process only to be granted Dankberg’s alleged expertise. Katz knew that protecting Leola’s remaining assets had to be a primary focus, so he stepped in to safeguard her home from predatory lenders and paid for nearly $50,000 in repairs.

Leola had cared for his mother until the end, after all, and now it was her hour of need. A lethal heart condition would quell his fight, and Katz passed away before he could right the wrongs a broken system had done to Leola.  Her beloved home would now provide a roof over the heads of squatters and looters.

While her loved ones fought for her final days to be spent in comfort, Leola slowly withered at the nursing home. After Joseph’s initial hospital visit after the fall, he returned the following morning to find no trace of Leola in the room. Hospital staff would not divulge her location, and the lack of paperwork documenting his and Leola’s emotional bond supported this refusal. Joseph continued searching for the only mother he had ever known.

A court appointed a guardian before her death, and although she had enough assets for a traditional burial, no steps were taken to provide her with such.

At the time of her death, Leola’s financial assets added up to $342.24, which went to outstanding legal and medical bills that had added up to more than $100,000. None of these debts would include a proper burial. Leola’s body would once again lie alone—this time in the city morgue, for three months and twenty-one days. It is unknown whether she was one of eighty unclaimed bodies leant to medical schools during that time.

After an extended wait, Leola’s body was finally granted a grave. She would share Trench 331 with 162 lost, forgotten or discarded dead on Hart Island.