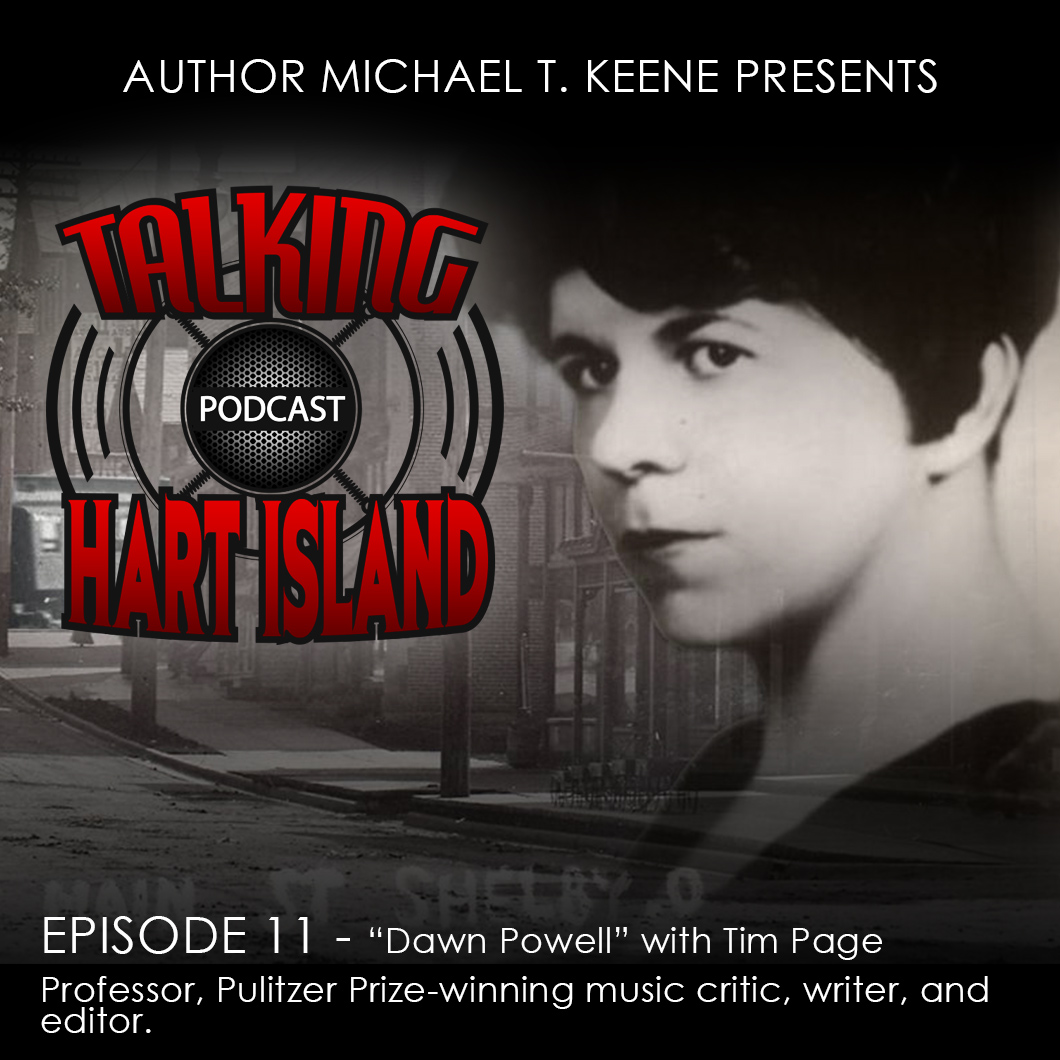 Does the name Dawn Powell mean anything to you? I thought so. But you’re not alone.

It’s rather startling, in a humorous dark way, when one learns about the circumstances surrounding her demise and her burial in a mass grave on Hart Island.

Join Professor Tim Page as we learn of the remarkable life and death of novelist Dawn Powell.

Does the name Dawn Powell mean anything to you?

Born in Gilead, Ohio, American writer Dawn Powell (1896–1965) wrote fifteen novels; more than one hundred short stories; numerous stage plays, book reviews and radio, television and film scripts; hundreds of letters and diary entries (which, in the opinion of some readers and reviewers, are the best things she wrote) and a smattering of poems.

How can we not know her? Somehow, sometime, somewhere surely something she wrote crossed our paths…or not. Her literary output has only been loved and lauded after death—a common phenomenon.

It’s rather startling, in a humorously dark way, to learn about the circumstances surrounding the demise of Dawn Powell and her burial befitting, well, a pauper.

She died of colon cancer on November 14, 1965, during the week of the Great Northeast Blackout, which left eight hundred thousand people without electricity. At the time, every one of her books had gone out of print. A spooky foretelling, perhaps?

Upon her death—as she requested—her body was donated to the Cornell Medical Center for research. Within five years, her remains were to be returned to designated family or friends for burial. The individual contacted for this sobering task was her publicist, Jacqueline Miller Rice, who swiftly refused custody of the remains. She may have even said, all too quickly, something about burying the once-prolific Ohioan in the New York City cemetery on Hart Island, post haste.

A Sampling of Genius

In 2015, author and reviewer Victoria Patterson wrote: Last year I bought Dawn Powell’s novel A Time to Be Born for less than two dollars from a used bookstore. I didn’t know much about Powell or her work, but I somehow knew her name. The opening paragraphs hooked me, as they captured the sense of World War II looming for Americans and set the scene at once broadly and intimately.

Patterson was made a fan by powerful words from Powell’s A Time to Be Born: This was no time to cry over one broken heart. It was no time to worry about Vicky Haven or indeed any young lady crossed in love, for now the universe, nothing less, was your problem.

Gore Vidal called her “America’s best comic novelist” and the Wall Street Journal dubbed her “America’s most brilliant satirist.” She was also described as one of “the best writers nobody ever read.”

Powell’s childhood was dismal, almost Dickensian, according to Victoria Patterson. Her mother died when Powell was six, and her father remarried a woman with severe mental illness, who was abusive to young Dawn and her two sisters. This frightening stepmother burned all of the stories Dawn had penned, even at an early age, and wouldn’t allow her to attend high school.

Powell ran away from her family home and moved in with Orpha May. She graduated from college, then took off for New York City. She always considered herself “a permanent visitor.”

Her first date with successful advertising executive Joseph Gousha was a ride on the Staten Island Ferry, and they married soon after. He and Powell were both heavy drinkers. Their dynamic was not one of wedded bliss but acceptable tumult. Both had affairs and both prompted and quieted marital troubles, though they remained together for forty-two years.

Their only child, a son named Joseph R. Gousha Jr., or “Jojo,” was falsely diagnosed as “retarded” in the day’s vernacular. He was highly intelligent but autistic (by today’s clinical standards) and schizophrenic.

He spent a lot of time in hospitals and institutions. He once beat his mother so brutally that she ended up in the hospital for weeks. Powell’s biographer, Tim Page, wrote, “[Jojo] was the great joy and the great tragedy of Dawn Powell’s life.”

Powell shared the creative themes of many of her New York contemporaries in that the most pressing and relevant examples of her writing were often fueled by alcohol—a lot of it. This made tearing down social norms and institutions, pillars of pomposity (both ideas and people) and hypocritical lifestyles and deeds the order of the day.

Her lifetime biographer, Pulitzer Prize winner, Washington Post music critic and professor at the Annenberg School of Journalism and the Thornton School of Music at the University of Southern California was Tim Page. In 1995, Page purchased Powell’s diaries, letters and papers for $35,000.  He subsequently wrote her biography.

In 2019 Page was interviewed by Michael T Keene for his podcast, “Talking Hart Island”.